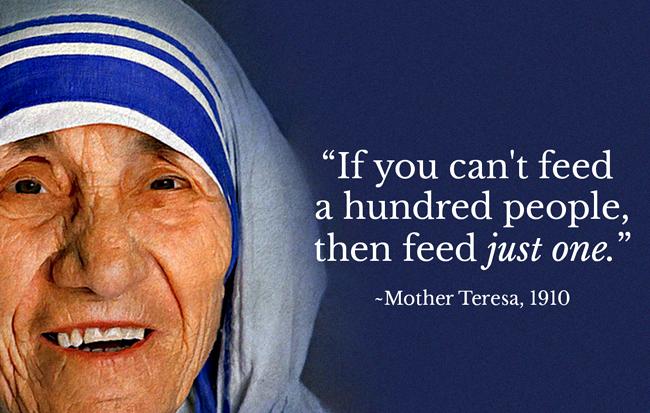 In 1986 the Bishop of Cochin invited them to begin their Community in Cochin. He was kind enough to give them land and property as a gift from the Diocese. It was begun in a small asbestos building - 'Karunalayam'( Home of Mercy) for the sick and dying destitutes. There were also mentally retarded children. They are around 60 in number now. In 1986 'Karunalayam' was raised to the rank of Regional Centre for South India. In 1992 this House became a formation centre as well. The Congregation endeavours, as its mission, to quench the thirst of Christ for souls and so the brothers are at work for the salvation and sanctification of the poorest of the poor.

Thus briefly summed up it provides but a skeletal sketch. It is always interesting and enlightening to have a reasonably complete picture. And glancing back at the beginning of the Order here, one goes agape at the inscrutable ways of Providence. Look at the very lines the Bishop has recorded in his personal diary: "They were insisting that their General Council wanted to establish a House in the Diocese of Cochin. They said they had in their file my request". His personal record sheds light on how the Community of the Missionary Brothers of Charity of Mother Theresa came to be planted in our diocese.

It was 2nd December, 1985. Rt. Rev. Joseph Kureethara was about to go out. His Excellency had to attend a function at Kattiparambu towards evening. All of a sudden two young men appeared at the Bishop's House, together with two Sisters of Mother Theresa from Earavely Convent. The Bishop had virtually no time to spare but deemed it discourteous to depart without even casually entertaining the visitors. They introduced themselves as Brothers of Mother Theresa of Calcutta and said they had come with the aim of starting a House of the Brothers in Cochin Diocese.

His Excellency was pleasantly surprised at the unanticipated prospect of a gift to the diocese in the form of a Brothers' Congregation. The amazement turned to bewilderment when they reported that the Bishop's request inviting the Community to the Diocese had already reached their General Council in Calcutta! The bishop was quite positive in his recollection and resultant realisation that no such request had ever left the Cochin Bishop's House. An incident of an earlier misinterpretation of the kind flashed on the screen of His Excellency's retentive power.

Once Mother Theresa had sent three copies of an agreement unilaterally and not mutually executed for the establishment of a convent to the diocese. There had been no such suggestion at all from the Diocese, let alone any formal request. But some Sisters turned up in due course enquiring about the forms and seeking the Bishop's signature and seal. It just turned out that the request, in fact, was from the Archdiocese of Ernakulam for a convent for the elderly poor at Pookattupady. So His Excellency informed them it could be a mistake and hinted the request might be from the Archdiocese of Ernakulam.

Now it was the Brothers' turn to be dumbfounded - the Bishop of Cochin suggesting that they go knocking at the door of Ernakulam Archdiocese? Slowly staggering out of stupefaction, they insisted the General Council wanted their House established in the Diocese of Cochin. The Brothers asserted they had the request of the diocese in their file. How could it be possible? His Excellency had, until they arrived, never even known, nor ever heard of any Brothers' Congregation founded by Mother! Do divine designs get deciphered that easily?

The Brothers wanted, by all means, a House established in the Diocese of Cochin. Well and good and thanks to the Divine Providence! Having thus come to the conclusion, burst the crucial question - where? Time was short and there was no one around to consult. All the priests had gone out of the Bishop's House. And His Excellency had to rush to Kattiparambu for the already scheduled function. The Brothers were, therefore, asked to kindly wait.

On return, the bishop found the Brothers still in the parlour. By then Rev. Fr. John Thattumkal, the Procurator, had been back. It dawned on His Excellency the Brothers' House could be set up at Moolamkuzhy. The Diocese had already bought a plot of land there some time ago. The intention then was to erect a filial church in the parish of Holy Family, Nazareth. The foundation stone for a chapel dedicated to St. Vincent de Paul had already been laid as early as December 1976.

His Excellency had long standing association with the St. Vincent de Paul Society as the diocesan Spiritual Director. Now as the Bishop of the Diocese, His Excellency had the notion a chapel and a central office for the society were a necessity. Attached to it, a work-room for the physically handicapped could also be constructed.

The Association of the Physically Handicapped in Cochin Zone had made His Excellency its patron. It was extremely difficult for these unfortunate ones to get jobs. When Mrs. Indira Gandhi, the then Prime Minister, arrived in Cochin, His Excellency met her on behalf of the handicapped, about 150 in strength and sought jobs for them. And within one year, all were provided with jobs.

By then, a building had been up at Moolamkuzhy. Its inauguration too, as a work room, had been held some time previously. The diocesan director for the Social Service Society, Rev. Fr. Mathew Valiaparambil, had been at work. He had made contacts with the neighbouring factories for small jobs for the disabled. Even a paper-cutting machine had been acquired to make a humble beginning - making envelopes.

Activities for the handicapped had not started yet. Now it struck His Excellency: why not allot the place to the Missionaries of Charity Brothers? They were going to take care of the disabled and the dying. The physically handicapped had at least their own roofs over their heads. And now they have means to earn their daily bread. Yes, sure; the building at Moolamkuzhy for the poorest of the poor! Thus resolving, His Excellency sought the help of Fr. John Thattumkal, the procurator, to take the Brothers and Sisters for site inspection.

On 22nd December, 1985, Bro. Varghese, the Regional Superior of the Congregation presented His Excellency, Rt. Rev. Dr. Joseph Kureethara, with the formal request to start a House at Moolamkuzhy. On 9th January, 1986, five more, Brothers Jayaprakash, Varghese P.T., Rose, Celestine and Andrew arrived. The bright and breezy January 13, 1986, was an auspicious day to have witnessed the blessing and inauguration of "Karunalayam", Home of Mercy! On 22nd March, 1996, the Brothers began to admit the sick and elderly poor. The first Holy Mass was celebrated in their chapel on 29th January, 1986.

Mother Therea's Missionaries of Charity need no special introduction. Nor do they need any description or explanation on their missionary endeavours. It sufficeth to say the Congregation is for 'the poorest of the poor'. And the Diocese has to be ever grateful to the Divine Providence for this great gift in the shape of the Congregation of the Missionaries of Charity.