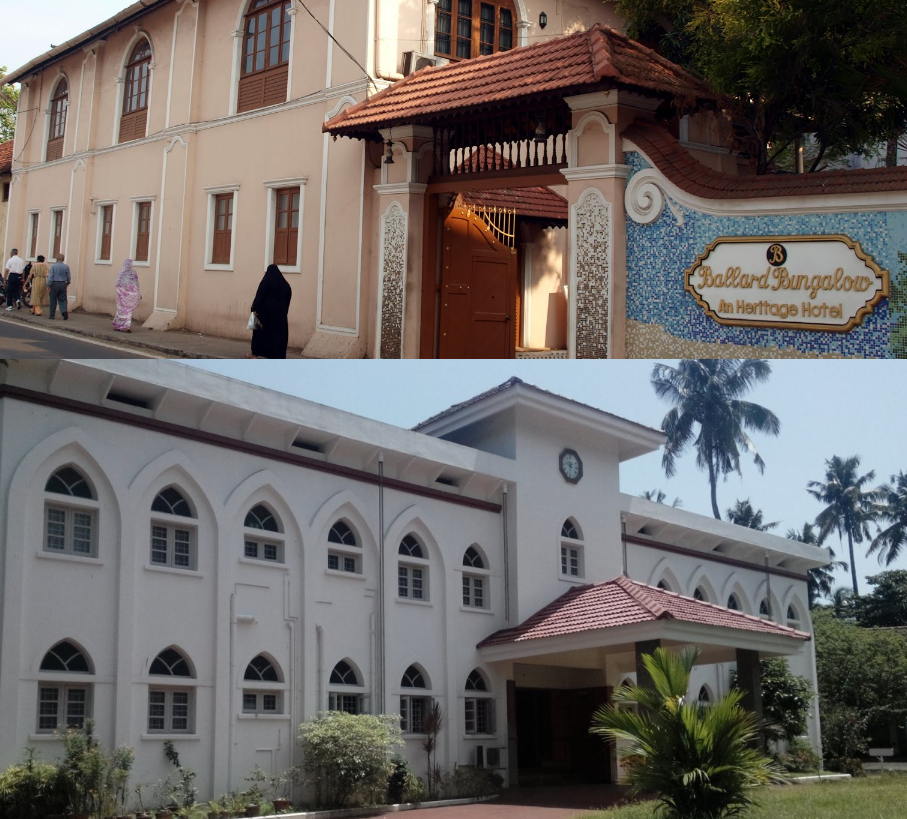 The last of the heritage trilogy is the Gama Heritage. The name itself is synonymous with its Portuguese connection that is related to Vasco De Gama. The resort takes us to a bygone era, which witnessed a huge change in the historical as well as the cultural scenario of  Kerala. The architecture of Kerala also saw a significant transformation with the foreign connections coming in. This is evident from the structural designs of Bishops house of Kochi Diocese and the Indo-Portuguese museum as well.

Although most of the earliest Roman Catholic Churches have been relocated and inevitably the architecture modified there is still clear evidence in many of the existing churches, of strong Portuguese influence in both the art and the architecture of the region. The Indo - Portuguese Christian Art heritage, which survives today, can be attributed to continuity of cultural practices, both ecclesiastical and social, with the people of Cochin maintaining a strong cultural affinity with the Portuguese roots of their Catholic faith.

TO LIVE in a hundred year old home, a home whose walls have witnessed the cut and thrust of history, whose courtyard has seen the intrigues of politics and a passion, a home that has heard the traders moor their boats in the dead of night, pack them with spices, and sail away later. Such homes make up Fort Kochi. The latest heritage home to be converted into a hotel for the flock of tourists that visits this almost fabled land is the Ballard Bungalow, owned by the Cochin Diocese.

Experience the heart and soul of authentic Fort Kochi best by a memorable stay at The Ballard Bungalow, Fort Kochi. A building which has a 200 year old history that dates back to the Dutch colonial era. Originally built by the Dutch, it was later taken over by the British. During the rule of the British Empire, the bungalow was used by it's high ranking officers for their accommodation. The building got it's name "The Ballard Bungalow" because it was last used by the British to accommodate Mr. Ballard, the Honorable Collector of Cochin. After independence, it was bought over by the Cochin Diocese and is now being run as a heritage hotel. All care was taken to preserve the rich and colorful history of the building while converting it into a heritage hotel.