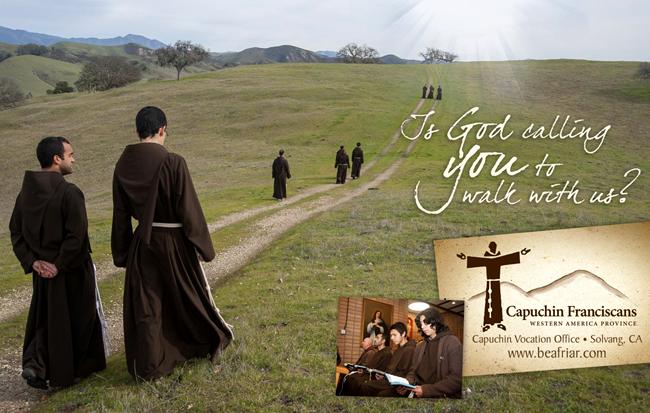 Since his conversion, St. Francis of Assisi started to 'live' the Gospel in its literal and true sense. Very soon he had some followers and in the year 1210 the Order started in its official sense after getting permission from the Holy Father. As the members increased, the Congregation grew and the growth was surprisingly fast. Very soon the Community spread all over the world. About 300 years later, in the year 1510 there was a renewal in the Order and it perfected the division of the Order into conventuals and observants. The years that followed saw a rapid rise in the number of Observants. And in the year 1525 there was a renewal again among the Observants. This gave birth to a new Order called Franciscan Capuchin Order.

Upon accepting the mitre and crosier of the Diocese of Cochin, His Excellency Rt. Rev. Dr. Joseph Kureethara yearned to have a Capuchin Monastery in the diocese. Mindful of an all round spiritual renewal, the Bishop set about the task. His Excellency approached the Major Superiors, extending invitation. The Capuchins finally came to the Diocese and thus the Ashram at Adhikarivalappu in Fort Cochin was established in 1983.

Aiming at an all round spiritual renewal, annual retreats are conducted in parishes. For this, Bishops have to depend on religious Congregations that devote themselves exclusively to meditation, prayers and preaching. Often, Friars and Monks have to be brought from beyond the borders of the diocese that entails in many a hardship. Naturally, Bishops of bygone days yearned to have preachers' friaries in the dioceses. That is how the Franciscan Capuchin Order came to be established in the Diocese of Cochin.

The Bishops of Cochin very often depended on the Capuchin Fathers to preach mission retreats in preparation for the Pastoral Visits. The Capuchin Fathers used to come in groups to the parishes to prepare the faithful spiritually. They used to visit every catholic family specially where there were problems, like illegitimate marriages, family disruption, civil cases etc. Hence these retreats were a great blessing for each parish.

Soon after taking charge of the Diocese, His Excellency, Rt. Rev. Dr. Joseph Kureethara also made arrangements for the first Pastoral visits. The Diocese had to invite Capuchin fathers from Ponnurunni, Quilon etc. As they were also guiding the Franciscan Third order of the Laity, it was taxing further on the sacrifices of the Capuchin Fathers. It was thus found necessary to have a Capuchin Monastery in the Diocese itself.

His Excellency, Rt. Rev. Dr. Jose Vieira Alvernaz, the last Portuguese Bishop of Cochin felt this need of the Diocese. He wrote a letter on April 3, 1943, to the Capuchin Commissary in Quilon - V. Rev. Urban O.F.M. (Cap.), to start a foundation in Cochin Diocese. The reply dated April 5, 1943 of the Commissary shattered all hope of having one in the diocese.

Years rolled by - almost four decades! Bishop Joseph Kureethara approached the Capuchin Superiors in 1981. Thank God, V. Rev. Fr. Provincial was favourably inclined. He came to examine the site proposed by the bishop to start the Capuchin Ashram. His Excellency himself took the Capuchin Fathers to Adhikarivalappu. The compound was not very large - only 62 cents. It was a timber depot and a marshy place but still the Capuchin Fathers accepted the place.

The blessing of the St. Joseph's Capuchin Ashram at Adhikarivalappu took place on the 19th of June 1983. At the north east corner of the compound there was an old building. After Mass at the chapel of St. Joseph, Adhikarivalappu, all went in procession to the old building and Bishop Joseph Kureethara blessed and inaugurated it. Fr. Bosco Kuruppassery was the Superior and he had a lay brother, Flavian, as his companion.

Rev. Fr. Bosco Kuruppassery O.F.M. (Cap.) undertook the construction of the St. Joseph's Ashram. The solemn blessing of the Monastery took place on the feast of St. Joseph, on May Day, 1984. This was the 7th Capuchin Monastery in Kerala. At the blessing, V. Rev. Fr. Patrick Gomez O.F.M. (Cap.), the Provincial, Mr. Xavier Arakkal, M.P., Msgr. Paul Kattichery, Fr. John Thattumkal, Fr. Josy Kandanattuthara and many others were present.

On May 20, 1984 the Superior General of Capuchin Fathers (Rome) visited the Monastery. A beautiful new church was subsequently blessed on the 16th August 1987.

The main objectives of this Ashram are to help the Parish Priests in the pastoral activities and to look after the spiritual needs of the local people, the tertiaries, women religious, and social work.