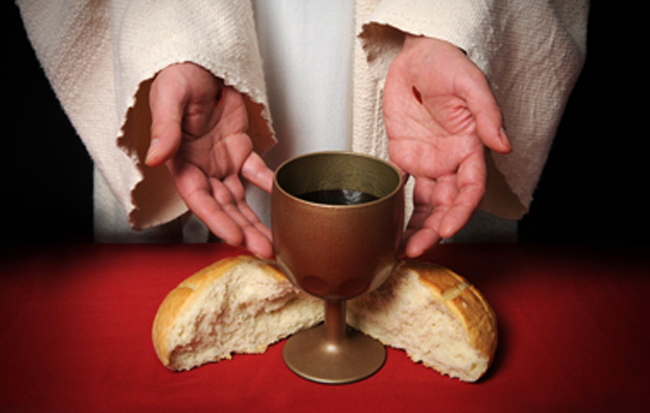 “We are witnesses to and ministers of the ever-increasing abundance of the Father’s mercy; we have the rewarding and consoling task of incarnating mercy, as Jesus did.” Pope Francis reminded his fellow priests in his homily on the morning of Holy Thursday.

After hearing Jesus read from the Prophet Isaiah and say: “Today this Scripture has been fulfilled in your hearing” (Lk 4:21), the congregation in the synagogue of Nazareth might well have burst into applause. They might have then wept for joy, as did the people when Nehemiah and Ezra the priest read from the book of the Law found while they were rebuilding the walls. But the Gospels tell us that Jesus’ townspeople did the opposite; they closed their hearts to him and sent him off. At first, “all spoke well of him, and wondered at the gracious words that came from his mouth” (4:22). But then an insidious question began to make the rounds: “Is this not the son of Joseph, the carpenter?” (4:22). And then, “they were filled with rage” (4:28). They wanted to throw him off the cliff. This was in fulfilment of the elderly Simeon’s prophecy to the Virgin Mary that he would be “a sign of contradiction” (2:34). By his words and actions, Jesus lays bare the secrets of the heart of every man and woman.

Where the Lord proclaims the Gospel of the Father’s unconditional mercy to the poor, the outcast and the oppressed, is the very place we are called to take a stand, to “fight the good fight of the faith” (1 Tim 6:12). His battle is not against men and women, but against the devil (cf. Eph 6:12), the enemy of humanity. But the Lord “passes through the midst” of all those who would stop him and “continues on his way” (Lk 4:30). Jesus does not fight to build power. If he breaks down walls and challenges our sense of security, he does this to open the flood gates of that mercy which, with the Father and the Holy Spirit, he wants to pour out upon our world. A mercy which expands; it proclaims and brings newness; it heals, liberates and proclaims the year of the Lord’s favour.

The mercy of our God is infinite and indescribable. We express the power of this mystery as an “ever greater” mercy, a mercy in motion, a mercy that each day seeks to make progress, taking small steps forward and advancing in that wasteland where indifference and violence have predominated.

This was the way of the Good Samaritan, who “showed mercy” (cf. Lk 10:37): he was moved, he drew near to the unconscious man, he bandaged his wounds, took him to the inn, stayed there that evening and promised to return and cover any further cost. This is the way of mercy, which gathers together small gestures. Without demeaning, it grows with each helpful sign and act of love. Every one of us, looking at our own lives as God does, can try to remember the ways in which the Lord has been merciful towards us, how he has been much more merciful than we imagined. In this we can find the courage to ask him to take a step further and to reveal yet more of his mercy in the future: “Show us, Lord, your mercy” (Ps 85:8). This paradoxical way of praying to an ever more merciful God, helps us to tear down those walls with which we try to contain the abundant greatness of his heart. It is good for us to break out of our set ways, because it is proper to the Heart of God to overflow with tenderness, with ever more to give. For the Lord prefers something to be wasted rather than one drop of mercy be held back. He would rather have many seeds be carried off by the birds of the air than have one seed be missing, since each of those seeds has the capacity to bear abundant fruit, thirtyfold, sixtyfold, even a hundredfold.

As priests, we are witnesses to and ministers of the ever-increasing abundance of the Father’s mercy; we have the rewarding and consoling task of incarnating mercy, as Jesus did, who “went about doing good and healing” (Acts 10:38) in a thousand ways so that it could touch everyone. We can help to inculturate mercy, so that each person can embrace it and experience it personally. This will help all people truly understand and practise mercy with creativity, in ways that respect their local cultures and families.

Today, during this Holy Thursday of the Jubilee Year of Mercy, I would like to speak of two areas in which the Lord shows excess in mercy. Based on his example, we also should not hesitate in showing excess. The first area I am referring to is encounter; the second is God’s forgiveness, which shames us while also giving us dignity.

The first area where we see God showing excess in his ever-increasing mercy is that of encounter. He gives himself completely and in such a way that every encounter leads to rejoicing. In the parable of the Merciful Father we are astounded by the man who runs, deeply moved, to his son, and throws his arms around him; we see how he embraces his son, kisses him, puts a ring on his finger, and then gives him his sandals, thus showing that he is a son and not a servant. Finally, he gives orders to everyone and organizes a party. In contemplating with awe this superabundance of the Father’s joy that is freely and boundlessly expressed when his son returns, we should not be fearful of exaggerating our gratitude. Our attitude should be that of the poor leper who, seeing himself healed, leaves his nine friends who go off to do what Jesus ordered, and goes back to kneel at the feet of the Lord, glorifying and thanking God aloud.

Mercy restores everything; it restores dignity to each person. This is why effusive gratitude is the proper response: we have to go the party, to put on our best clothes, to cast off the rancour of the elder brother, to rejoice and give thanks… Only in this way, participating fully in such rejoicing, is it possible to think straight, to ask for forgiveness, and see more clearly how to make up for the evil we have committed. It would be good for us to ask ourselves: after going to confession, do I rejoice? Or do I move on immediately to the next thing, as we would after going to the doctor, when we hear that the test results are not so bad and put them back in their envelope? And when I give alms, do I give time to the person who receives them to express their gratitude, do I celebrate the smile and the blessings that the poor offer, or do I continue on in haste with my own affairs after tossing in a coin?

The second area in which we see how God exceeds in his ever greater mercy is forgiveness itself.  God does not only forgive incalculable debts, as he does to that servant who begs for mercy but is then miserly to his own debtor; he also enables us to move directly from the most shameful disgrace to the highest dignity without any intermediary stages. The Lords allows the forgiven woman to wash his feet with her tears. As soon as Simon confesses his sin and begs Jesus to send him away, the Lord raises him to be a fisher of men. We, however, tend to separate these two attitudes: when we are ashamed of our sins, we hide ourselves and walk around with our heads down, like Adam and Eve; and when we are raised up to some dignity, we try to cover up our sins and take pleasure in being seen, almost showing off.

Our response to God’s superabundant forgiveness should be always to preserve that healthy tension between a dignified shame and a shamed dignity. It is the attitude of one who seeks a humble and lowly place, but who can also allow the Lord to raise him up for the good of the mission, without complacency. The model that the Gospel consecrates, and which can help us when we confess our sins, is Peter, who allowed himself to be questioned about his love for the Lord, but who also renewed his acceptance of the ministry of shepherding the flock which the Lord had entrusted to him.

To grow in this “dignity which is capable of humbling itself”, and which delivers us from thinking that we are more or are less than what we are by grace, can help us understand the words of the prophet Isaiah that immediately follow the passage our Lord read in the synagogue at Nazareth: “You will be called priests of the Lord, ministers of our God” (Is 61:6). It is people who are poor, hungry, prisoners of war, without a future, cast to one side and rejected, that the Lord transforms into a priestly people.

As priests, we identify with people who are excluded, people the Lord saves. We remind ourselves that there are countless masses of people who are poor, uneducated, prisoners, who find themselves in such situations because others oppress them. But we too remember that each of us knows the extent to which we too are often blind, lacking the radiant light of faith, not because we do not have the Gospel close at hand, but because of an excess of complicated theology. We feel that our soul thirsts for spirituality, not for a lack of Living Water which we only sip from, but because of an excessive “bubbly” spirituality, a “light” spirituality. We feel ourselves also trapped, not so much by insurmountable stone walls or steel enclosures that affect many peoples, but rather by a digital, virtual worldliness that is opened and closed by a simple click. We are oppressed, not by threats and pressures, like so many poor people, but by the allure of a thousand commercial advertisements which we cannot shrug off to walk ahead, freely, along paths that lead us to love of our brothers and sisters, to the Lord’s flock, to the sheep who wait for the voice of their shepherds.

Jesus comes to redeem us, to send us out, to transform us from being poor and blind, imprisoned and oppressed, to become ministers of mercy and consolation. He says to us, using the words the prophet Ezekiel spoke to the people who sold themselves and betrayed the Lord: “I will remember my covenant with you in the days of your youth… Then you will remember your ways, and be ashamed when I take your sisters, both your elder and your younger, and give them to you as daughters, but not on account of the covenant with you. I will establish my covenant with you, and you shall know that I am the Lord, that you may remember and be confounded, and never open your mouth again because of your shame, when I forgive you all that you have done, says the Lord God” (Ezek 16:60-63).

In this Jubilee Year we celebrate our Father with hearts full of gratitude, and we pray to him that “he remember his mercy forever”; let us receive, with a dignity that is able to humble itself, the mercy revealed in the wounded flesh of our Lord Jesus Christ. Let us ask him to cleanse us of all sin and free us from every evil. And with the grace of the Holy Spirit let us commit ourselves anew to bringing God’s mercy to all men and women, and performing those works which the Spirit inspires in each of us for the common good of the entire People of God.