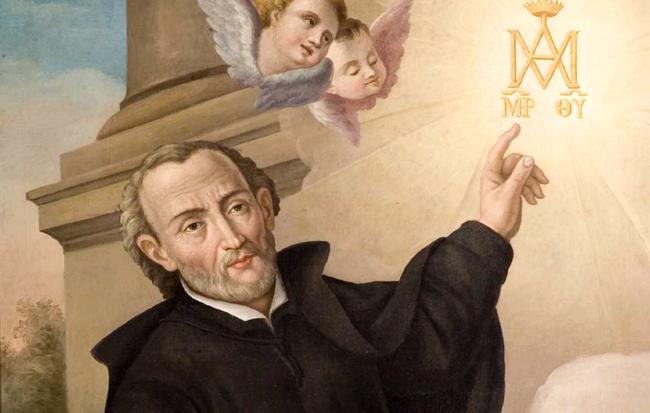 During the time of Pope Innocent X the Community had to face a lot of problems. It was almost suppressed and about 290 religious left the Order. Pope Alexander VII re-established the Order on 24th October, 1656. On August 18, 1748 Calasanz was beatified by Pope Benedict XIV and the blessed was canonised by Pope Clement XIII in 1767. During the period between 1789 - 1888, the Order had to undergo a great crisis. Restoration began in 1845 and a female branch (Piarist Sisters) was also begun. Many Piarists were martyred among whom 13 were beatified on October 1, 1995. Pope Pius XII declared St. Joseph Calasanz as the Universal Patron of all Catholic Schools in 1948.

The first House of the Community in the Diocese of Cochin, the 'Calasanz Bhavan', was blessed and inaugurated by his Excellency Rt. Rev. Dr. Joseph Kureethara on October 1, 1995. The Calasanz Bhavan at present serves as a Formation House. They render free tuition around the parish for the poor students who cannot afford private tuition. Well, thus the Congregation of Piarists is already here in our diocese but how did it come to pass?

To find an answer to the query, we have to peep into the private notes of the prelate. We read in his diary, "I never thought my writing a note in the visitor's book would become a reality". His Excellency Rt. Rev. Dr. Joseph Kureethara possessed an influencing personality, backed by sincerity, commitment and genuine love for the people. That is why many Congregations that searched all over Kerala for suitable places to begin their first Institute in India opted for the Diocese of Cochin.

There are many Priests and Nuns from India working in Argentina, South America. Some Sisters belonging to the Religious Congregation of St. Charles Borromeo are working together with the Piarist Fathers (Padri Scolopi) in Anatuya Diocese in the northern region of Argentina. These Sisters have their convents in India in the States of Karnataka, Tamil Nadu, Maharashtra and Kerala.

When the Piarists decided to open a monastery in India, it became the responsibility of the Argentinian Province. They sent Rev. Fr. Jose Alfaro to India. He visited a convent of St. Charles Borromeo Sisters in Tamil Nadu. These sisters had not long ago opened a House at Kakkanaad, Cochin. Father Alfaro came to Kerala together with Sr. Benedecta, searching for a place to start a monastery. They continued their search in different parts of Kerala. Before he left Madras, he had sent a letter to Bishop Joseph Kureethara revealing their preference for Cochin. The Fr. General also wrote to His Excellency in June 1993 showing his favourable inclination towards Cochin for the Community's cradle.

When Rt. Rev. Dr. Joseph Kureethara was at the Generalate of the Little Sisters of Divine Providence in Rome, the General, V. Rev. Fr. Giuseppe Maria Barcells and Delegate for the Missions, Rev. Fr. Jesus Lecea, called on the Bishop on September 16, 1993. They had a long talk and had lunch together at the convent. The talk naturally turned to the possibility of opening a House of Scolopi Fathers in India. On invitation His Excellency visited their Generalate and stayed there one night. They showed the Bishop the monastery and the room where St. Joseph Calasanz lived and breathed his last.

While Bishop Kureethara was in the room of St. Joseph Calasanz, they brought the Visitors' Diary and in it the prelate penned a few words projecting his prayer that one day a House of St. Joseph Calasanz might be opened in Cochin. The Bishop never thought his writing a note in the visitors' book would become a reality. When the time was ripe, the Superior General and Councillors decided to ask Rev. Fr. Placido Menditto, Provincial of Argentina, to proceed with their plans to open the first House of Piarist (Scolopi) Fathers in India in the Diocese of Cochin.

The Provincial, Very Rev. Fr. Placido R. Menditto and Rev. Fr. Jose Alfaro reached Cochin on January 10, 1994. They were accommodated a few days at the Bishop's House and then were allotted the newly built parochial house at Chandiroor. Within a few days, Fr. Alfaro picked up enough vernacular to celebrate Mass in Malayalam. The blessing and inauguration of the first monastery of the Piarist Fathers in India was held on January 21, 1994 at Chandiroor. Fr. Alfaro started saying Mass in Malayalam and the people were really thrilled. They had been waiting for daily Masses for a long time and to have a resident priest.

The Piarists got down to the business of erecting a monastery and started looking for proper sites. At last they chose a place between the two bridges - National High Way No. 47 and the railway line - bridges from Aroor to Kumbalam and to Edacochin. The site along the shore of Vembanad Lake is a beautiful location. The property was purchased from St. Augustine's parish. Some people objected to selling it to the Fathers but Fr. Joy Sasthampurakal, the Parish Priest of St. Augustine's Aroor helped the Piarists to acquire the plot.

The seminary building was completed under the supervision of Fr. Peter Thaikoottathil, the diocesan Procurator. The name "Calasanz Bhavan" was selected for the monastery and the Piarist Fathers and Aspirants moved in on 31st August, 1995. His Excellency, Rt. Rev. Dr. Joseph Kureethara who presided over the Concelebrated Solemn High Mass on October 1, 1995 at 11 a.m., did the blessing of the Calasanz Bhavan. There were present Fr. Placido Mendito, Fr. Jose Alfaro, Fr. Antonio Marco, Fr. Raul Dastugue, Fr. Marcello Cornejo and Fr. Matias Facheto. On that very day in Rome the Holy Father, Pope John Paul II, beatified fourteen sons of St. Joseph Calasanz.

They started a new building for a Tuition Centre. About 70 children have been given free tuition there since June 1997. They prepare the seminarists to teach Malayalam, English and Mathematics to the students of Upper Primary level. The Calasanz Bhavan now has a two storeyed building used as Minor Seminary which was blessed on May 3, 1998, on which occasion three Novices made their first profession in the new chapel.

The first building thus far used for the Aspirants is now meant for the Philosophers, Novices and for retreats. As per the Canon 609, Very Rev. Fr. Placido Mendito, Superior Provincial, Escuelas Pias de Argentina Laprida 1380, Rosario, Argentina, made his formal request for the Bishop's consent for the official erection of their House in Cochin Diocese and His Excellency granted his permission on March 9, 1998.

Here in India Piarist Fathers would like to centre their apostolate in the field of education, especially among the poorer sections of society. They have at the moment a Calasanz free Tuition Centre for children at Aroor.