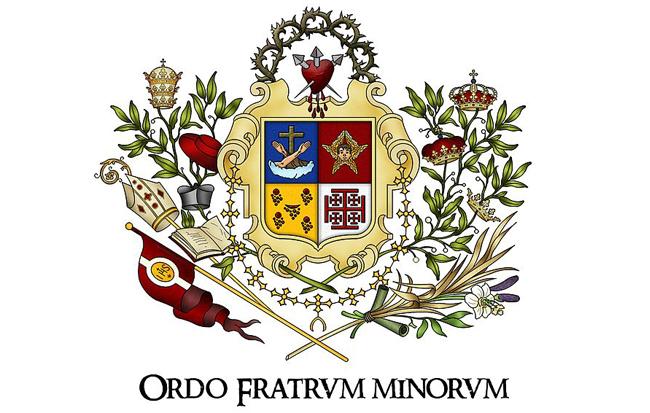 The Religious Congregation, Friars Minor, was founded by St. Francis of Assisi in 1209, intending that his own life and that of his friars should be the most radical response to the Gospel message. Departing from the traditional monastic set up of his days, St. Francis and his followers lived with and among the common people, adopting a life-style of poverty and minority. They played an active role in bringing about peace among the warring factions of the time.

After the partition of the subcontinent into India and Pakistan in 1947, the Friars of the UCH province, then working in Karachi, decided to open a foundation in our country. As a result, a group of Friars arrived in Bangalore in 1948 from where Fr. Sanctus, a Dutch Friar, came to Cochin in 1951. The Diocese handed over the old house near the TB Hospital at Karuvelippady to Fr. Sanctus on March 16, 1951. He lived there and named the abode St. Francis Friary. Well, this is what we find now.

The original Franciscan seminary dates back to the 16th century. This first one was started in Cochin with just three seminarians in 1527. In 1530 a few boys from among the 'St. Thomas Christians' were admitted to the seminary. This original monastery of the Franciscan Friars in India had Friar Vincente De Lagos as the Rector. Friar Vincente shifted seven Friars from Cochin and started their mission in Ceylon (Sri Lanka) in 1543. In 1552 a College and Seminary were added to the monastery here in Cochin.

With the arrival of the Portuguese in Cochin in 1500, the Franciscan fathers instituted their first monastery, with Rev. Fr. Henrique da Coimbra as the first Superior of the Community. At first they built a small Church in the name of St. Bartholomeo but it was destroyed by the Zamorin of Calicut and the Arabs in 1503. The St. Anthony's Friary was started in 1516 and it was completed in 1522, the remains of which can still be seen on the southern side of the present Post Office in Fort Cochin. The friars reconstructed the demolished St. Bertholomeo Church in 1516 and it was named St. Anthony's Church. The original plan of the church attached to the Friary is till kept at the Museum in the Bishop's House. This original St. Anthony's Church was called "Dutch Church" (Lenthappally) and "St. Francis Church" by the Dutch and the British later. The first Franciscan Commissary in India was Antonio Do Loureiro (1517-1522).

Dom Andrea De Santa Maria who ruled the Diocese of Cochin (1588-1610) was a Franciscan. It was Dom Andrea who during his Pastoral Visit to Mylapore in 1589 gave orders for the excavation of the ancient tomb considered to be of St. Thomas the Apostle. Likewise, it was during his time that the Synod of Diamper was held by the Archbishop Dom Alexis de Menezes of Goa at which the boundaries between the Dioceses of Cochin and Crangannore were fixed and the churches of Mattancherry and Palluruthy (old) were assigned to the Cochin Diocese.

Since then there had been no Franciscan Friars in the Diocese till 1951. Dom Jose Vieira Alvernaz, the last Portuguese Bishop of Cochin, brought the Franciscan Friars back on February 26, 1951, though he left Cochin for Goa on 3-2-1951. The retired priests of Cochin Diocese needed a home for their evenings in life and so St. Philomena's House at Karuvelipady was started. As the hospital built by the Maha Raja there Karuvelippady was close by, the retired priests there could also assist the ones hospitalised if and when needed.

Since not many retired priests made use of this house, Bishop Dom Jose Vieira Alvernaz assigned the residence as the Friary for the Franciscans. Rev. Fr. Stephen Panacherry who was staying in this house was shifted to a private house at Chullickal and Rev. Fr. Sanctus and Fr. Wilbert, the first two Franciscan Fathers, both Dutch, moved in to start the Friary. Thus, after a long span of 288 years since the Dutch conquest of Cochin and subsequent destruction of churches and the first Franciscan Friary, destiny delegated the Dutch duo to don the dress of divines to officiate at the resurrection of the Congregation in the Diocese of Cochin.

The two Dutch Franciscans set to on their missionary activities in the area and they were appointed as chaplains of the Franciscan Missionaries of Mary at Thoppumpady and at Kattiparambu. They initiated the Third Order of Franciscans for the lay people. The Capuchin Fathers also had another Third Order of Franciscans in the Diocese and these two Third Orders were merged later, in 1994. They also founded the St. Francis Boys' Home at Karuvelippady on 4th October, 1952 for street boys who had no homes and thus were picked up from the railway stations or bus stands.

The boys were happy because they had a home they could call their own and could find people who loved them and cared for them. They were sent to school or were given job-oriented training. Later on Rev. Fr. George Muthaia O.F.M. started an Engineering School for these boys. The Franciscan Fathers were in charge of the Marian Devotion in the Diocese and they took care of the Marian Sodality and Legion of Mary. They built a two storeyed building for the Friary, a large chapel and an auditorium together with the Boys' Home. The new abode was inaugurated on October 4, 1986.