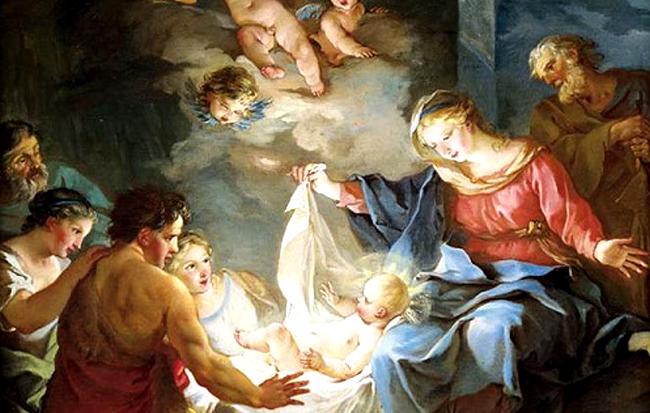 The Community of the Missionary Sisters of Incarnation was started first in the year 1961, with a small group of three members who began their Apostolic work by remaining in Frascati. Slowly and steadily it began to spread out of Italy and with the invitation of His Excellency Rt. Rev. Alexander Edezhath, they came to the Diocese of Cochin on September 29, 1976.

Very Rev. Mother Carla Borgheri, the Superior General and the Foundress of the Congregation of the Missionaries of Incarnation, Italy, set up her first House in India, in the Diocese of Cochin on May 7, 1977. In course of time, having garnered many vocations, Rev. Mother put up many Houses in India and in Italy.

Rev. Fr. Xavier Orappana, a priest from the Diocese of Cochin, is the one whom God has chosen for this purpose. Born on January 27, 1949 in the parish of Eramalloor, he studied at the Diocesan Minor Seminary, Fort Cochin, was promoted to the Pontifical Seminary in Alwaye and subsequently ordained priest by H.E., Dr. Alexander Edezhath on December 19, 1973 at the Santa Cruz Cathedral. Appointed Assistant Parish Priest, he served at Nazareth, Fort Cochin, Mundamvely and Chullickal. During this period he also served as the Diocesan Director of the K.C.Y.M. (Youth Movement) and Chaplain of the Newman Association, Cochin Circle. Later he did the pastoral work as Parish Priest at St. Mary's Edacochin, Holy Family Nazareth, St. Sebastian's Palluruthy and St. Louis Mundamvely.

For years, Fr. Xavier Orappana had been nursing and nourishing his inclination to consecrate his life as a Religious Priest. Mother Carla had known Fr. Xavier Orappana since the time he was parish priest at Nazareth (1981). The Rev. Mother shared with him her dreams and plans about founding a fresh Congregation for men - the Missionary Fathers of Incarnation. It took nearly six years of prayerful life for Fr. Xavier Orappana to make a final decision. In the year 1988 the Rev. Father reached the ultimate resolution - to deviate from the regular route and fasten on the straps of a missionary's sandals.

Fr. Xavier Orappana informed His Excellency, Rt. Rev. Dr. Joseph Kureethara of his ardent yearning to join Mother Carla Borgheri to found this new Religious Congregation of the Missionary Fathers of Incarnation. On January 4, 1994, Fr. Xavier besought the Bishop's permission which His Excellency granted on January 28, 1994. Thus, to know more about the charism of the Missionaries of Incarnation, Fr. Xavier Orappana went to Italy on July 27, 1994 and stayed at the Generalate of the Missionaries of Incarnation in Frascati for three months. On returning to Cochin, with the approval of Bishop Joseph Kureethara, Fr. Xavier Orappana made his Noviciate for one year from December 15, 1994 at the Capuchin Noviciate in Kodappanakunnu, Trivandrum, where Rev. Fr. John Baptist O.F.M (Cap) was his Novice Master.

Mother Carla Borgheri purchased a property within the parish of Kannamaly and the foundation stone of the would be Monastery was laid on September 6, 1994, by His Excellency, Rt. Rev. Dr. Joseph Kureethara. There was an old house there which V. Rev. Msgr. Mathew Athipozhy, the Vicar Forane, blessed on December 17, 1995, into which Rev. Fr. Xavier Orappana on his return after the noviciate moved in together with three aspirants on December 16, 1995.

Soon the number of aspirants increased and in the meantime the construction of the Monastery was more or less complete. The solemn blessing and inauguration of the Monastery, Bethlehem House and the first Religious Profession of Fr. Xavier Orappana were held on January 4, 1996, officiated by His Excellency Dr. Joseph Kureethara in the presence of Mother Carla Borgheri, the Mother General of the Missionaries of Incarnation and many Sisters and faithful at Kannamaly.

As this new Religious Congregation of the Missionary Fathers of Incarnation had to be a Diocesan Religious Congregation, Rev. Fr. Xavier Orappana made his first Religious Profession to the Prelate, Rt. Rev. Dr. Joseph Kureethara on January 4,1994. The first candidates were admitted to the Diocesan Minor Seminary at Fort Cochin for one year, while some candidates remained with Fr. Xavier Orappana at the Bethlehem House.

When the seminarians were to be admitted to the major seminary at Alwaye, it was necessary to purchase a property near the seminary there. A property consisting of about five and a half acres at Manjali near Parur in the Archdiocese of Verapoly was soon purchased by Mother Carla Borgheri. The foundation stone for the study house, St. Paul's Seminary, at Manjali was laid by His Grace, Cornelius Elanjikal, Archbishop of Verapoly, on March 16, 1996 and the first five were admitted to Carmelgiri Major Seminary the same year.

His Grace, Dr. Daniel Acharuparambil, Archbishop of Verapoly, gave consent to the Order on February 10,1998 to open a Seminary at Manjali and some major seminarists were shifted to this new building. The informal blessing of the St. Paul's Seminary was held on June 4, 1998, officiated by Rt. Rev. Msgr. Joy Kalathiparambil, the Vicar General of Verapoly. Rev. Fr. Martin Cabral, O.C.D. was appointed to be in charge of the seminarians at Manjali.

"Unification of souls dedicated to follow Christ in a life nurtured by charitable and Apostolic work" is the motto of the Congregation. The aim of the Institute is to carry out and also to recognise more profoundly the mystery of Christ and adhere to the purpose of the incarnation. i.e. to adore the Divine Trinity continuously and humbly.

Life of prayer, preaching the Word of God, forming the people according to the Gospel values, formation of the youth according to Christian ideals, Counselling and the administration of the Sacrament of Reconciliation to make people more aware of their Christian responsibility are the ministries of the Order. At present there is just one House at Kannamaly for the formation of students aspiring for Priesthood but another one is under way at Parur, for major seminarists.