FRANCISCAN SISTERS OF IMMACULATE HEART OF MARY (F. I. H.) 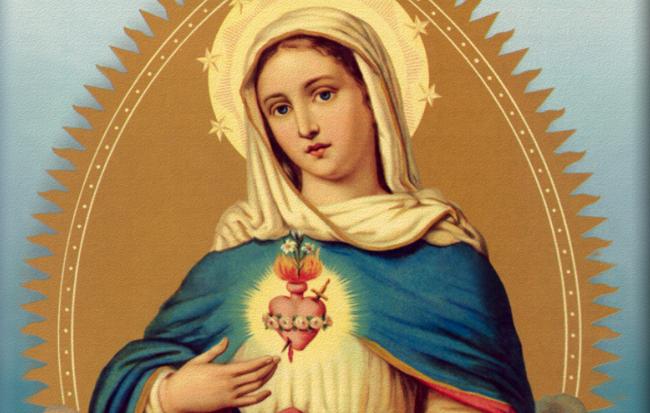 The Congregation of the Franciscan Sisters of the Immaculate Heart of Mary was founded in Pondicherry in the year 1844 by Rev. Fr. Louis Savineen Dupuis, a French Missionary. With the approval and blessing of His Holiness Pope Gregory XVI it began with four members professing a life taking after the manner of St. Francis of Assisi. The founder inculcated love for the poor, simplicity of life and zeal for the education of women as special objectives of the Order.

During the reign of His Holiness Pope Pious IX, this Congregation was affiliated to the Third Order of St. Francis of Assisi on 23rd February 1859. Subsequently in 1864 the Community was granted its Canonical status, approving its first Constitution. In July 1907 Rev. Dr. Aloysius Maria Benziger OCD, the Bishop of Quilon, cheerfully brought a Community of the Sisters from Pondicherry to Kanjiracode in the diocese to attend to the education of women. The Sacred Congregation declared the Institute of the Sisters of the Immaculate Heart of Mary a religious institute of Pontifical Right on 24th October, 1997.

Through the acquaintance of a Sister from the Parish of Karumancherry, Ezhupunna, a girl from Neendakara (Cochin Diocese) joined the Convent at Pattathanam, Quilon, in 1972. Later in 1973 Rev. Sr. Leo Mary, the Postulant Mistress and Soosan Mary visited Rev. Fr. Victor Maraparambil who was the Chaplain at Neendakara.

Fr. Victor, with the help of Rev. Fr. George Malatt, the Parish Priest of Eramalloor, found five girls eager to join the Formation House of the FIM Sisters at Thazhuthala (Kambivila), Quilon. At that time Rev. Sr. Carmel Mary was the Mother General. In 1976, Fr. Victor invited Rev. Fr. Joseph Pollayil, the Parish Priest of Eramalloor to visit the girls at Kambivila. By then they had more candidates from Chellanam, Ezhupunna, Eramalloor and Kodamthuruth in their Congregation.

One day Chevalier B.M. Edward brought the problems faced by the little hospital at Kannamaly to the attention of His Excellency, Bishop Joseph Kureethara. He made the suggestion to the Bishop that the small hospital started by the St. Joseph's Charities there be entrusted to any of the Sisters' Religious Congregations. The Bishop contacted Sr. Veronica Mary, the newly elected Mother General of the FIM Sisters, through Rev. Fr. George Malatt and Fr. Victor Maraparambil and invited them to visit Kannamaly.

On a rainy day during the month of May, His Excellency, Rt. Rev. Dr. Jerome Fernandez, the Bishop of Quilon and V. Rev. Mother Veronica Mary, together with 17 Sisters arrived at Kannamaly. The proposed property, a newly reclaimed paddy field, had already been filled up, of course but was still a muddy place and so the Sisters were rather disinclined to approve the site.

The Bishop proposed to them another place at Edacochin if they really wanted to start a convent in the Diocese. Later in November 1976 His Excellency laid the foundation stone for the church of St. Maria Goretti there. The Mother General and two Counsellors from Pattathanam came again in November 1978. The plot was along the National Highway and the Sisters found it quite satisfactory.

After their return they sent a letter to the Bishop dated 24th November, l978, showing their conditions for setting up a convent in the Diocese. The provisions included at least one more acre of additional land, buildings for the convent and a dispensary erected at the expense of the Diocese and an amount deposited in a bank, the interest of which should suffice for the maintenance of at least three Sisters!

His Excellency's response to the letter was a long, eloquent silence. Meanwhile Rev. Fr. Joseph Fernandez from Sakthikulangara, an old friend of the Bishop, came on a visit. His Excellency requested the Rev. Father to convey to the Pattathaanam Sisters that the Diocese of Cochin wanted a Religious Congregation that could sincerely and meditatively recite 'Our Father' everyday and that the poor people of Edacochin did really pray "Give us this day our daily bread" without any bank deposit or regular income to procure their crumbs they knew not from where or how. On hearing this Fr. Fernandez suggested that His Excellency invite the Missionary Sisters of the Queen of Apostles from Charummoode.

One day Msgr. Thomas Puthenveettil, the Parish Priest of St. Lawrence, Edacochin was delegated to meet the Sisters at Charummoode. On the way back the Rev. Monsignor was to meet also Mother Veronica Mary at Pattathanam to inform her that the Diocese was not interested in having their convent. When the Mother learnt that the Charummoode Sisters were being invited to Edacochin, she told Msgr. Thomas that they really and truly wanted to start a House in Cochin.

Soon Mother General herself and a few Sisters Counsellor called on His Excellency. They informed the Bishop that they stipulated the conditions because in their missions in north India, everything was being provided when called upon to serve there. When the Bishop revealed to them the exorbitant price he had to pay to procure the plot along the National High Way, they readily agreed to start their Convent. While leaving, one of the older Sisters Counsellor admitted that they had all learnt in the Novitiate to trust in the Providence of God and not on money.

The Bishop conveyed to the Sisters that he was trying to buy some more land along the southern side, with a house belonging to Mrs. Cicy Mendez. It was this lady who had facilitated the purchase of the property, which His Excellency intended to give to the Sisters. When the Sisters found need for more land later, she willingly agreed to sell her own house and property and shifted to a small annexe ( Thekkini ) on the southern side of her house. That property too was purchased for the Sisters and later acquired yet another patch of 42 cents behind Mrs. Mendez' house.

Since it is a Diocesan Congregation, permission from the Bishop of Quilon was required. So, as requested by Mother Veronica Mary, a petition to the Bishop of Quilon and another to the Mother General were submitted and permission was duly granted on May 26, 1979. Thereupon the Decree of the erection of the Convent was issued on 9th September, 1979. The bright and radiant Sunday, 10th October, 1979, is a red letter day in the history of the Congregation of the Sisters of the Immaculate Heart of Mary!

On that day the group of Sisters who arrived by a special bus at St. Lawrence Church, South Edacochin, was warmly welcomed by Msgr. Thomas Puthenveettil and the parishioners. With the accompaniment of church bells in joyous greeting, they were led into the new 'parish church' where Msgr. Thomas sang the 'Te Deum' during the Benediction of the Blessed Sacrament! A warm reception with a sumptuous dinner was accorded by Mrs. Cicy Mendez at her old house.

Thereafter the Sisters moved to the Catholic Centre Thoppumpady where they were to stay for the time being. In the presence of Mother Veronica Mary (General), Sisters Stefany Mary, Ajaya Mary, Adolf Mary and many others, His Excellency, Rt. Rev. Dr. Joseph Kureethara blessed their new House - Shaanthi Bhavan - in Cochin. Rev. Fr. Ignatius Kavalakkal, who was staying at the Catholic Centre, was appointed Chaplain to the new Community. The next day Blessed Sacrament was installed in the tabernacle of the new convent chapel.

Rev. Sr. Stefany Mary was appointed the first Superior of the new House. As a kindergarten was to be started immediately, the Sisters had to go to Edacochin everyday to enroll children into their new St. Maria Goretti Nursery School. Soon the Sisters started house-visits and Catechism classes. On 9th September, 1979, Shanthi Bhavan was shifted to Edacochin and Msgr. Francis Figueiredo blessed the Convent and made the enthronement of the Sacred Heart of Jesus.

In May 1980, Sr. Leena Mary, a nurse by profession came from Velloor as Assistant Superior and this led to the opening of a dispensary. There was an old car shed built on the inner side of the compound wall touching the National High Way. One night a truck crashed into the shed and damaged it badly. People in the neighbourhood woke up ran to the spot. They stopped the truck and succeeded in securing Rs. 400/- as compensation for the damage.

With that sum the Sisters converted the car shed into a small dispensary. The make-shift dispensary was inaugurated on 6th August 1980 by the Mother General. On the same day was laid the foundation stone for the new Convent building and Nursery School. The nursery was shifted to its new building and was inaugurated under the name, St. Maria Goretti Nursery School, on June 1, 1981. On completion of the convent building, their new House in the Diocese was blessed on October 12, 1983.

In February 1989, an Italian Rev. Don Paolo Baldanzi, the Parish Priest of Mezzana, Prato, Italy, requested Bishop Joseph Kureethara to introduce his institution, 'Casa Serena' for the elderly people, to any Indian Congregation. His Excellency spoke with the Sisters of Pattathanam and they took up the administration of "Casa Serena". In the same way another Italian priest, Rev. Fr. Reginaldo Bernini asked for some Sisters to his Monastery at Piazza Minerva 42, Roma and the FIM Sisters were ready to render their services. They reached Rome in October 1989 but later left the Monastery in Rome and went to the Major Seminary of Prato Diocese.