THE CONGREGATION OF THE SISTERS OF OUR LADY OF CONSOLATION 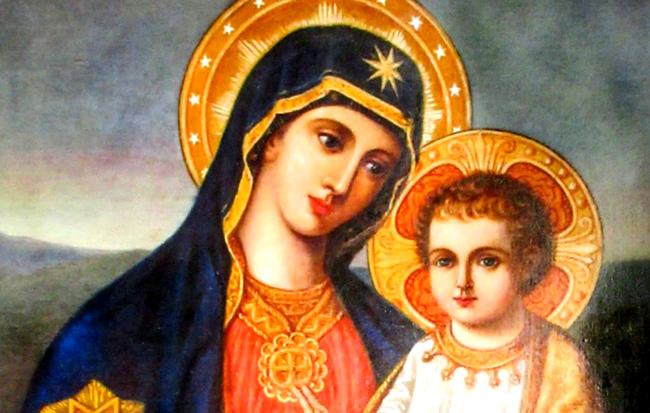 Maria Antonia Soligo was born in Trevignano, Treviso, on 24th January, 1910 as the fourth of the eleven children of her parents. She worked very hard together with her father who was in business - selling materials for construction. After completing her primary education, circumstances compelled her to forsake her studies and work in her father's firm. Through this simple life in obscurity, Maria Antonia learned to know God, identify His voice and listen to with deep attention. Little by little she discovered God's plan for her - to dedicate herself to serve Him through a religious life.

At the age of eighteen Maria Antonia entered the Institute of the Missionary Sisters of Our Lady of Consolation in Turin, Italy and took the name Quintilla. Having attended a course in nursing, she left for East Africa in 1935 where she served as a nurse at the military hospital in Mogadiscio until 1943. Her superiors called her back and in 1944 she went to Florence with some Sisters, again to serve at the military hospital there.

After the World War II, Msgr. Giulio Facibeni founded the "Madonnina del Grappa", an organization with the specific aim of helping and bringing up war orphans in Florence. When the Mother General withdrew the Missionary Sisters from the orphanage, Msgr. Facibini asked Sr. Quintilla to remain there to guide the formation of a group of girls aiming at an ideal, consecrated life. The situations of the time necessitated a Community oriented to the needs and realities of the time - post World War II. But as obstacles mounted in the realization of it, Sr. Quintilla decided to leave the "Opera" Madonnina del Grappa.

Thus her life had been a continuous 'coming out of places and situations and venturing into the new, unfamiliar and unknown ones'. With firm faith in God and absolute confidence placed in the Divine Providence, 'the pilgrim of God' Mother Quintilla, together with some followers, ventured out into the streets of Florence without any help, any protection and with little money in her pocket. The girls, anxious for lodging couldn't find one and thus on 16th November, 1949, Florence saw the birth of a new religious Community, 'The Sisters of Our Lady of Consolation'.

An avid student of history, Rt. Rev. Dr. Joseph Kureethara has in his personal notes interesting details about the Community, 'Sorelle Apostole della Consolata', present in our diocese now. Way back on Yuletide in 1964, Rev. Fathers, Joseph Kureethara and Joseph Kalappurakkal, then scholars at Urban University, Rome, were on board the train bound for Florence. In the cabin they happened to meet Rev. Mother Quintilla Soligo, Mother General and Foundress of the Congregation, who graciously extended an invitation to the Rev. Fathers to visit her convent.

On the way back from Cremona, Rev. Fr. Joseph Kureethara called on her which later led to several visits and a reception to the Bishop of Cochin, His Excellency, Rt. Rev. Dr. Alexander Edezhath who was then in Rome for the Vatican Council. Before returning to India Rev. Dr. Joseph Kureethara visited the convent again and Mother Quintilla sought his help in raising vocations from India for the Congregation.

Later, with the Bishop's kind permission, ten hopeful girls were found but as the Congregation had not as yet had canonical entity, the Italian Sisters discouraged Mother Quintilla from taking in aspirants from anywhere except its own country of birth. The Mother General so disheartened retained the photos and details of the candidates from India and kept on knocking on the door of the Cardinal of Florence. The Community's time had not come to maturity yet and the ten candidates from Cochin, of course, reached Italy but were bound for the Dominican Convent in Prato.

Mother Quintilla was so sorely cut up over the sad development and when the persons in the pictures presented themselves before her on a visit, she embraced each one of them and cried but submitted herself to the will of God. A few years later, on July 31, 1972, Ermenegildo Cardinal Florit, conferred official recognition on the Community while Mother Quintilla was seriously ill and in hospital. But thank God, she could breathe her last happily seeing the Congregation founded by her approved by the Cardinal of Florence, His Eminence Ermenegildo Florit.

After her death, her Sisters in the convent kept their dearly beloved Mother Quintilla's dream of starting a convent in India alive. So much waters had flowed by through the channel separating Kumbalanghy from Perumpadappu in three decades but the conveyance of correspondence kept plying between Florence and Cochin. Finally, after a long span of thirty two years, Sr. Paola and Sr. Celina landed in Cochin on 22nd January 1996 for the purpose of studying the possibilities of erecting a convent in Cochin Diocese - their first in India.

The two Sisters stayed for a few days at the Rosary Convent, Palluruthy, until a house used by the Daughters of St. Ann became vacant at Thoppumpady. When it did, the Consolata Sisters shifted their residence to Casa Consolata at Thoppumpady on February 27, 1996. The Sisters were given permission to open a House in Cochin diocese and the new convent at Thoppumpady was blessed on 6th March 1996. After a month, the Sisters went back to Italy to return again in April 1996 and turn the long cherished but yet unfulfilled yearning of their foundress for a House in India a reality. As new candidates started coming in, they bought a property at Kumbalanghy on the northern side of St. Peter's Church and the foundation stone for the new convent was laid there on March 3, 1998.

Following Jesus, the Sisters of Our Lady of Consolation live in Community among the people as the Virgin Mary stood witness to the mercy and consolation of God serving the poor and announcing the Gospel as their Foundress ordained: "to contemplate Jesus, to carry Jesus everywhere, according to a Community style of welcoming and sharing human problems".

They are present in the local parish where they operate through Catechesis, specially addressed to the youth and through pastoral collaboration with the priests. The evangelical preference for the poor and the sick ask them to share the social realities of the place where they live. So they involve themselves in social work visiting homes, giving family counselling, extending nursing home assistance and taking up pastoral care of the sick. Thereby they practise the precept "To reach everyone, especially the least ones, imitating the unselfish love of Christ" of Mother Quintilla.